And so to week two of the Bears’ pre-season preparations. One week on from the rain abandoned game at Hampset, the sun was beating down on a glorious Midsomer Norton ground as BFCC arrived, promising a much more enjoyable day of cricket, but also a bar in the clubhouse (hallelujah!).

The Bears arrived on time and in high spirits, lauding a new mantra: “vibes = runs” (aren’t millennials the worst?). There were another three debuts for the Bear’s this week: Louis Arnold (another University recruit), Calen Joubert, and most stunningly, Calen’s luscious hair, the most glorious locks that many had seen since Hugh Grant in Notting Hill, think….. 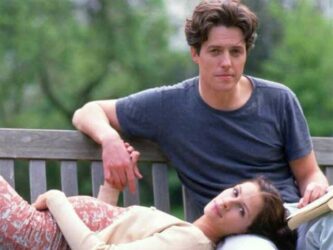 The Bears’ new vibes related ethos would have to wait to be tested as they were sent out to bowl after losing the toss. Nathan Warren started as accurately as ever, before Tom Harris v2.0 ruined MSN’s opener’s day by bowling the perfect yorker first ball to get BFCC on the board early (cue “yips” and “woos”). The innings proceeded in a measuredly fashion, with some good bowling, keeping it tight, the skipper, Jay Morris, taking himself off after claiming the vital wicket due to “shoulder pain”, no doubt preserving his figures. Alas, some fielding reminiscent of the Swiss cheese model (mainly down to being distracted by Calen’s wonderful barnet) allowed MSN to reach a score of 185 from their forty overs. The Bears felt they had a chance.

The first innings of the season (after last week’s teatime abandonment) started surprisingly solidly with the score reaching 31-0. Then reality took hold, the Bear’s quickly slid to 48-5 (why are we always surprised?). The game looked out of reach for BFCC. However, strong cameos from the skipper (34 from 23) and talismanic all-rounder, Damien Cull (19 from 45), took the away side to 99-5. Hope began to seep back into the dressing room (a bench surrounded by cones). However, it was all too good to be true, as the second collapse of the innings left BFCC all out for 108 (not an excellent return).

Despite the result, there were certainly some positives to take into next week’s double match weekend. Not least, the need for increased vibes in the build-up. “Alexa, play ‘Destination Calabria’ by Alex Gaudino…”