This was Bear Flat’s Sunday teams first game of the new season following the club’s decision to withdraw from the North Somerset League, a decision overwhelmingly supported by club members. The aim of the team is to help the club grow and develop the young cricketers in the club within friendly but competitive games. There must be a big thank you to the committee for organising the fixtures for this season.

On a sunny but chilling Sunday at the end of April the team arrived at Keynsham Cricket Club. A wicket with over 500 runs scored the previous day seemed enough to turn a normally less than enthuastic Bear’s batting line up into a run getting machine eager to get going. Unfortunately, they’d have to wait for that priviledge as the new skippers first mistake of the day (more to come on his second) was to lose the toss, leading to Keynsham taking the obvious decision to bat.

After a steady start to the innings, the ball was chucked to the evergreen Richard Bahadoor who made the first breakthrough removing Alex Butler (21) while at the other end Ed Gooding bowled a very tidy but unlucky spell (6-0-18-0) before not being able to complete due to injury. With some good fielding from Bear Flat, involving a slowest of slow-motion diving stops from Eddie Kane at gully, Keynsham finished their innings on 204-9. It could have been lower if it were not for a blistering 55 not out from Ollie Hemmings (he was dropped early on in his innings, the second mistake alluded to earlier).

In reply it was Keynsham who made an early breakthrough removing Simon Brocklebank for a duck in the fourth over but thanks to Peter Wood (44) and Jack Mainwaring (52 retired) the game swung towards Bear Flat. Sam Vesey (36 not out) steered the Bears to victory which was all but confirmed when Ed Gooding smashed a Six into one of the gardens of a near by house. A win by 3 wickets was a very good start for new Captain Sam Vesey.

It would be remiss of me not to mention Luke Stringer’s performance. An exemplary display of glovemanship, with an exceptional catch to dismiss the clearly talented Mahdi Saleem from the tight bowling of Chuckie. Shortly followed by a steadying hand played during a crucial period of the Bear Flat innings. An accomplished exhibition considering Luke was on debut not just for Bear Flat but in adult cricket!

It was a fine effort from all, in a game played in the correct way. A big thanks to our hosts Keynsham CC for their hospitality, and we look forward to visiting again at the end of the season! 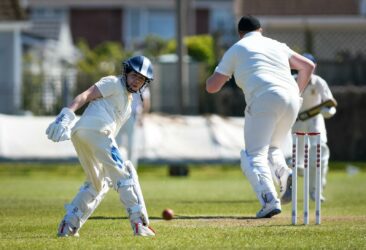 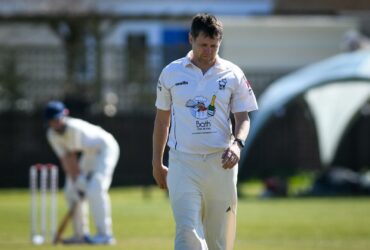 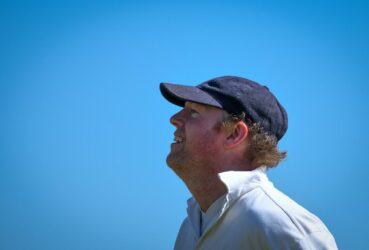